It is quite an irritation to make a conversation with a robot especially when it’s in the form of a voice assistant. A recent study revealed that as the interaction with the voice assistants has been increasing, a lot of people are considering it terrible or not good at all. Some of the people describe the experience as a fine one but sometimes they get frustrated in making the voice assistant correctly understand the message that is being conveyed. 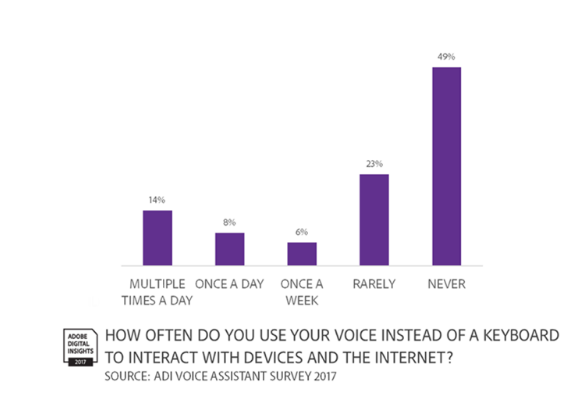 The biggest reason for this lesser number of people liking the voice assistant is Apple’s, Siri. It has failed to come up to the expectations of the consumers. According to Adobe’s review, there are fewer comments regarding Siri on social media that are positive. It is considered the least likable among the available voice assistants but Apple has not responded at all to this story.

According to experts, Apple’s ignorance of the underachievement of its voice assistant can cause a problem for the company in future. The tech giant plans to introduce its $349 HomePad and Siri will be an important part of the device. With its inefficient working of the voice assistant, the gadget could suppress its sales. More broadly, Siri can become a cause to make people switch from their Apple product to other products because of Siri. But still, Apple’s fans are hoping that the voice assistant will get better with the passage of time.

Via: Cnet and CMO