For social logins, Facebook has long been a dominant player. It has continued to expand its lead and its dominance is now even more pronounced. Recently, the company has revealed that four out of five spots for the most downloaded applications during the last quarter have been acquired by Facebook.

The apps such as WhatsApp, Facebook, Messenger, Instagram, and SnapChat have been reported to be the most popular downloaded apps around the world in this year’s first three months. Four out of these five platform spots have been owned by Facebook. On the App Store download charts, Messenger has acquired the top spot whereas Facebook headed to the race on Google Play.

The app market has been dominated by Facebook not doubt but for the downloading part, the revenue charts are dominated by the video and audio streaming apps. For the first quarter of 2017, Netflix became the top grossing app whereas Pandora, Tinder, Line, and Spotify compete against the rest of the top five.

Year over year, Netflix’s revenue grew a staggering 286% in order to claim the top spot. It ranged from $34.6 million to $133 million globally. 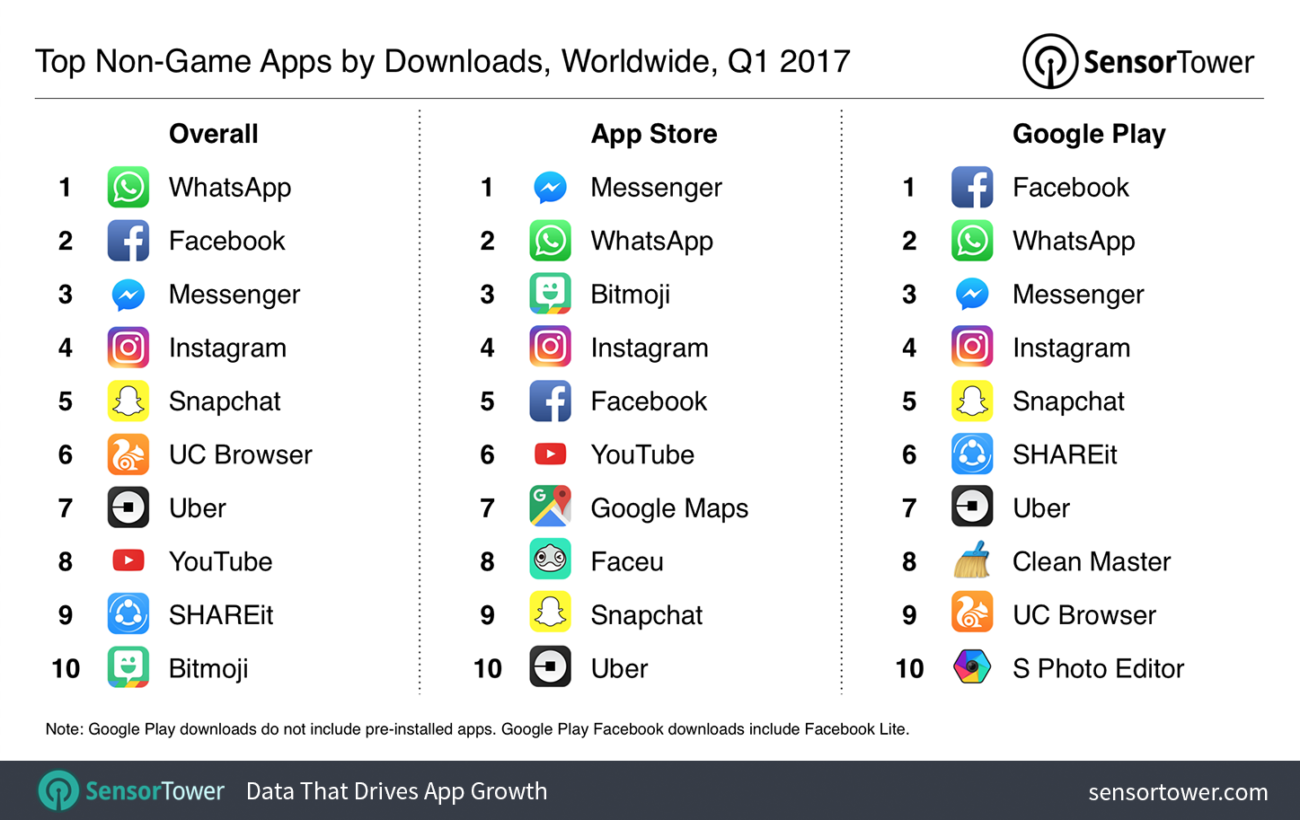 If we look at a broader perspective, the downloading of apps grew from 11.9 billion to approximately 13.5 billion in the previous year. This growth marked a 14% increase with every passing year. Reportedly, around 4.7 billion of most downloads came from the App Store and the remaining 8.8 billion have been accounted by Google Play.

Interestingly, around $1.7 billion of the entire earning have been reported to link with App Store which placed Goggle Play on the second spot with $504 million.