Facebook ever ending love of Snapchat’s feature seems to know no boundaries. The SnapChat Stories feature was copied to all platform Facebook owns such as Instagram, WhatsApp and even Facebook Messenger. This time around, the Stories feature is coming to none other than the Facebook itself.

For heavy usage social media users who love to update their activities on to their social circle online, updating stories on all platforms would be pretty troublesome but Facebook surprised everyone with this new feature introduction. The Stories feature was introduced in WhatsApp just couple of weeks ago and has got a lot of appreciation from the App users.

The news was brought to our attention by a Facebook user Usman earlier in the morning. On searching internet, we came to know that the feature is rolled out in New Zealand today. 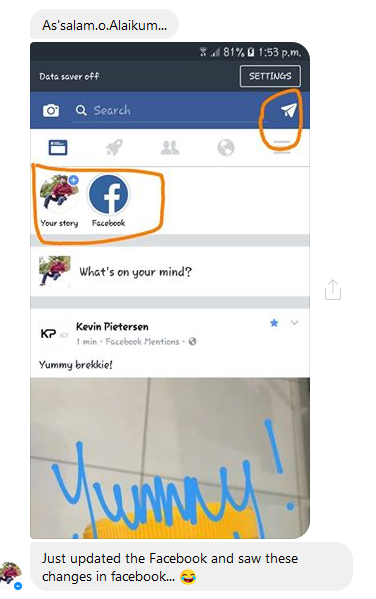 Stories have tasted a massive success on Instagram with almost 150 million people using it. What remains to be seen is the fate Facebook Stories will meet in the near future, only time will tell if it is a step in a right direction.