The addition of a taxi tab to Google maps for Lyft and Uber helped users to get a price estimate for the service and afterwards getting linked to the respective app. But now a much more useful integration has been brought to Google Maps for the ride services. Google Map will now show the actual map with local drivers in user’s area that are moving around in real-time. This is really helpful for the users to easily decide upon getting a cab when they require.

The comparison of the old and new design is given below: 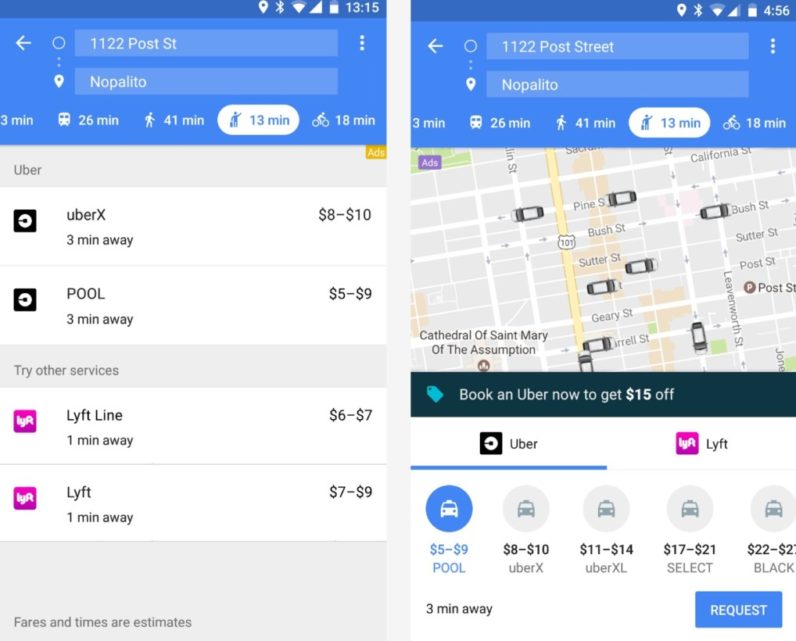 In the bottom right of the image above, the Google Map users can now easily access the full breadth of ride options through carousel rather than just accessing the standard and carpool options e.g UberXL, UberBlack, etc.

In addition to this, Google is now analyzing an ever tighter integration with Uber for which users will not have to leave the Maps or even install Uber app. By creating an Uber account or just by signing in, users will access the map, track their driver, and will also be able to communicate with them.

This feature is more helpful than standard Uber app. Information regarding the destination, such as hours, menus, photos etc. will also be provided by Google. But for now Android and iOS users can benefit from this update.