The new list of this year’s top apps has been dominated by the mobile applications of Facebook and Google. Facebook occupying the first spot is no shock s as it has 146 million average users per month and had 14% growth last year. In the top ten charts, the social media giant scored several spots with Messenger (#2) and Instagram (#8). The second one showed some of the highest per year growth and was up 36% from 2015.

The second place was taken by Messenger with over 129 million average monthly users followed by YouTube’s 113 monthly users. But majority of the spots on the year year-end chart were taken by Google. Throughout 2016, people used most apps by Google such as YouTube (33), Google Maps (#4), Google Search (#5), Google Play (#6), and Gmail (#7). It is not surprising for these apps being ranked highly among others because these all are considered basic utilities on our devices when it comes to online world. 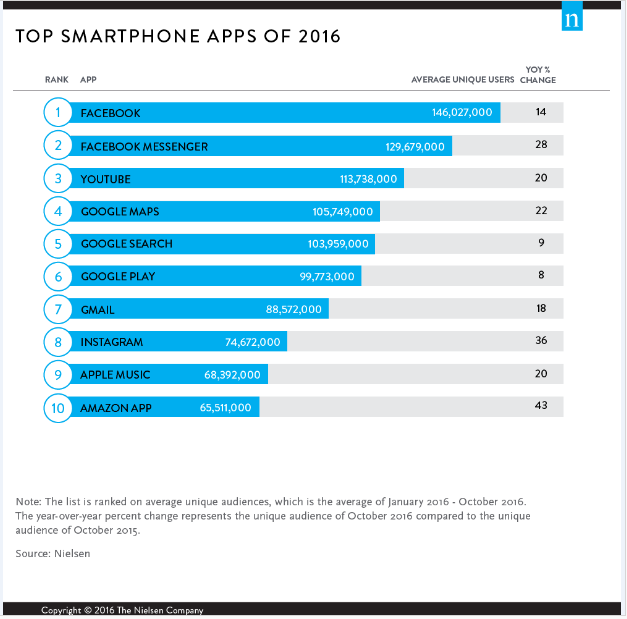 But the thing that actually amazed analysts was the surge of Amazon in 2016. During this holiday shopping season, all e-commerce records were broken and a large number of that proportion was accounted by Amazon. With more and more people shifting towards mobile shopping, 43% increase has been noticed in terms of monthly average users as compared to 2015.

Also, the mobile penetration in US increased with 88% of mobile subscribers using smartphones which is up from the start of the year i.e 86%. According to the report, 53% are Android users, 45% are iOS users, and only 2% are related to Windows Phones. Blackberry despite the end has still managed to grab 1% share as shown in the chart below. 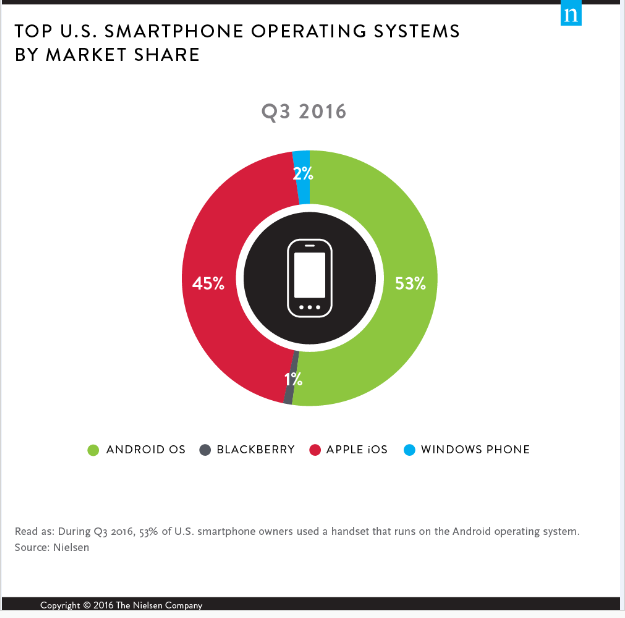