Facebook is working to introduce “Live Video” for computers after smart phones and this feature will be introduced to everyone shortly. In order to cater the demand of journalists, vloggers, Facebook has been testing this feature for desktops, laptops.

According the the website “Search Engine Journal“, Journalist Danny Goodwin has reported that a Facebook user Delilah Taylor posted a video on her wall telling about “Live Video” feature on her laptop. She went live and her video can be seen at https://web.facebook.com/delilah.taylor/videos/10207678174697366/?_rdr .

This clearly suggests, Facebook is working on introducing this feature to the computers very soon, perhaps they will roll it out gradually like the did with mobile app “Live Video” for profiles. It was introduced to iOS profiles initially and then rolled out for Android profiles all over the world. I had a conversation with Delilah Taylor as well and she showed me screen shot of her computer. 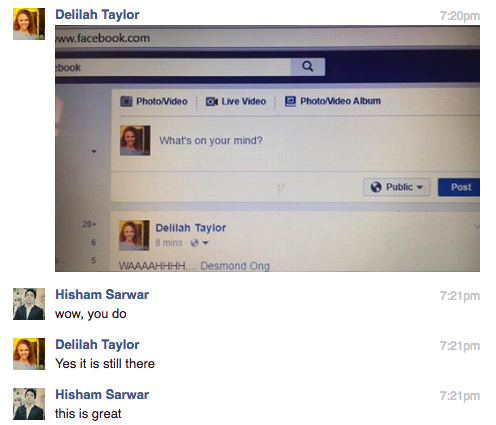 Facebook has also confirmed that it has introduced the feature to “small percentage” of desktop, laptop users right now.

Do you see this feature in your computer?. Please comment below.