Alex Tew, a 22 year old was short of money to pay the tuition fees for higher studies. He searched internet and kept looking for innovative, unique ideas that could help him earn reasonable money and pursue his further education and avoid educational loan.

He is one of the rare UK internet success story who took the internet world by storm in 2005. Alex was from Wiltshire, England and after lot of research about creative ideas he came up with a unique website called Million Dollar Homepage. 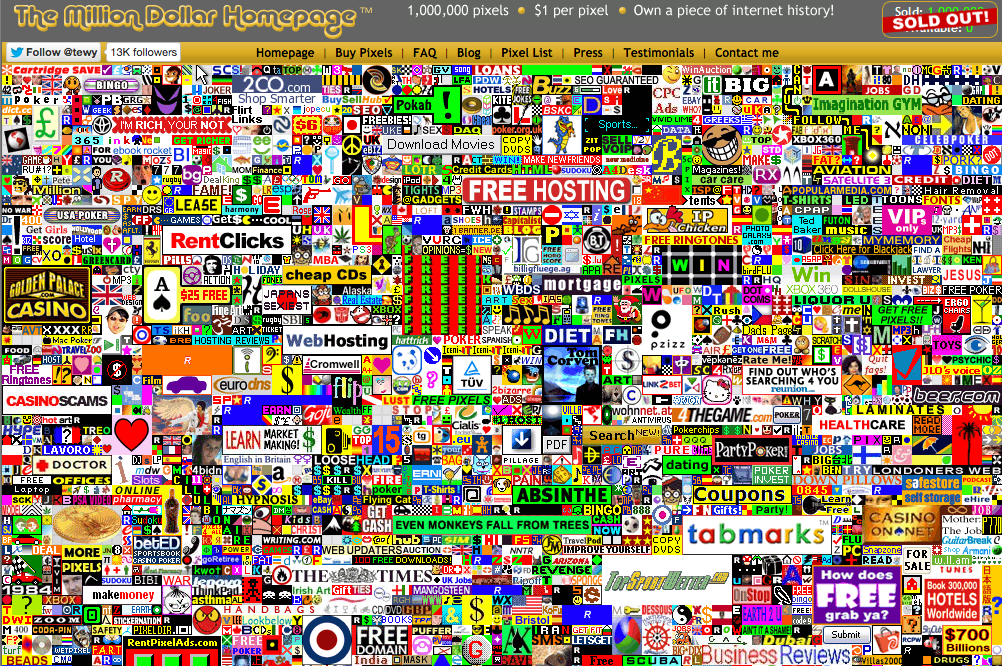 The idea of website was instant success, there were fixed overall block space of 1000 × 1000 pixels and it contained many pixels in them showing different images. The ad started on 10 X 10 pixels and moved higher. Advertisers were able to upload a image, supply a link of a website for the minimum price of $1 per pixel in a 10 x 10 block.

Initially, Alex sold the pixels to the advertisers by word of mouth. He got lucky as his website was noticed by BBC television. With-in days, the website became internet sensation. Such was the popularity of the website that every 10th job placement from all over the world in freelance marketplace was to copy Alex’s website as it was a talk of the town.

In less than 5 months, Alex earned 1 Million US$ in earning from selling advertisement space and became the youngest internet personality to earn a million from a single website in a shortest time.

The website is not operational as Alex but his final 1000 pixels on ebay for auction in 2006. The website is still live at http://www.milliondollarhomepage.com/ 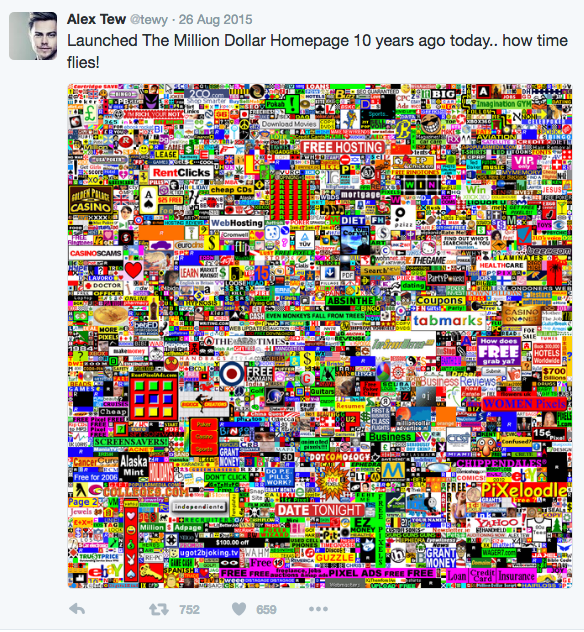